Video content is primarily used in Combo Theory boxes and other places on the site that benefit from visual information.

When to use locally hosted videos:

In order to keep file sizes low, it is strongly advised to compress them. Removing or lowering the sound of the videos is also recommended as they will be played at maximum volume by default. The following method is recommended:

Open a cmd/terminal and type the following command:


For windows:
cd [directory where you have ffmpeg]
Example: cd C:\Users\Dustloop\Downloads\ffmpeg-master-latest-win64-gpl\bin
For Linux:
This step isn't required. However, it might be necessary to use "usr/bin/ffmpeg" in the next step instead. If it still doesn't work type "whereis ffmpeg" in a terminal and use that result instead.

In the following section, "video_name.format" refers to the name of the video to convert and its format (mp4.webm) and "output.webm" the name the compressed video should have. To make it easier, move the video(s) to the same directory as ffmpeg.

Those commands divide the size of the videos by a factor of 8~9.

Keeping Audio:
If sound is required for audio cues, it is recommended to lower the volume of the video as they will be played at maximum volume by default. This can be done by replacing -an with -af "volume=0.1"
ffmpeg -i "video_name.format" -vf scale=-1:480 -b:v 1000k -vcodec libvpx-vp9 -threads 4 -y -af "volume=0.1" "output.webm"

The two primary goals for the images are

Consider taking a learning course on image manipulation basics to help you learn what tools are at your disposal in these programs.

Images Need to be Readable When Zoomed Out

Remember, these images are shrunk on character pages, so make sure text and diagrams are still readable when shrunk. Before uploading an image, open it on your computer and zoom out to see if the image is still readable.

[Graphics Frame Analyzer] can also be used to eliminate draw calls in an image and isolate specific images, but that requires a bit more advanced learning.

Use Multiple Images to "Cheat"

Since these are still images trying to show what an animation looks like, it's necessary to cheat a bit to create images that give the illusion of the whole attack.

Think of it like adapting a scene in an action movie into a comic panel; the same scene in a comic panel will need to combine multiple images and cheat time/space to give the same impression.

Back in the past for Guilty_Gear_Xrd_REV_2, it was primarily the work of one dedicated user: User:Johhny. He wrote up a guide on how he does it here.

Once the image has been created, you can export it to a PNG and upload it to the site. We recommend using PNG-8 as the file type for image uploads, since the compression helps keep file sizes low without losing much quality.

After all that is done, navigate to our Special:Upload page (which can be found under the "Tools" heading of our sidebar) and upload the file with the correct title. The naming convention of Dustloop images is "(Game Title Abbreviation) (Character Name) (Move Input or Move Name)". Choosing between move name and move input doesn't matter much when uploading a file, so long as the image itself is correctly titled. You can click on the images at the top of this page to see this naming convention in action.

If you need to rename a file due to a bad name, use the Move command. 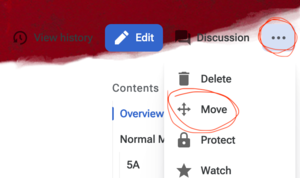