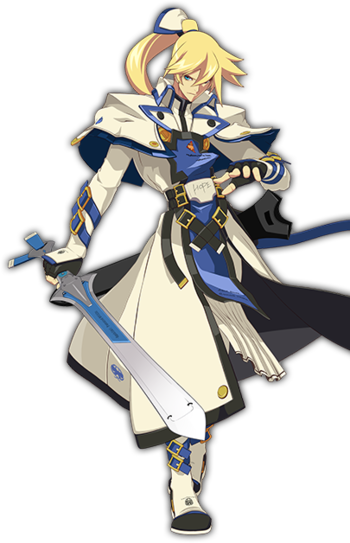 Ky is one of the poster boys for the Guilty Gear series and fulfills the role of a simple, well rounded character. 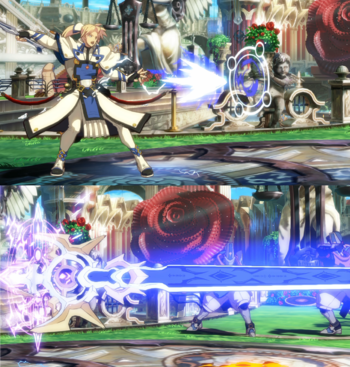 H: can block while standing

L: can block while crouching

F: can block while in the air only with Faultless Defense

All: can be blocked however