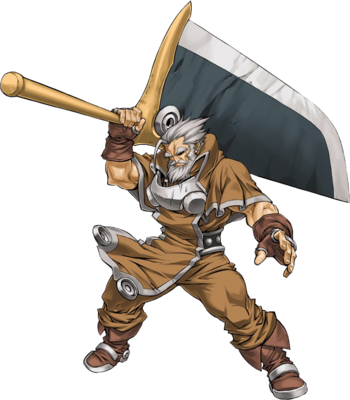 Kliff is banned in tournament play, and most online lobbies will not enable him. While Kliff was experimented with for a time, he was ultimately deemed overpowered. What sealed the deal on a total ban was Kliff being a console exclusive character, so arcades were not able to play as him and therefore had no matchup experience or information. This resulted in both him and Justice being barred from play (although Justice was much more egregious).

You will likely not find any matches of him being played in GGAC outside of TAS videos. If you are looking to play Kliff beyond goofing off, check out his incarnation in +R instead.