From Dustloop Wiki
< EXVSMBON
Jump to navigation Jump to search 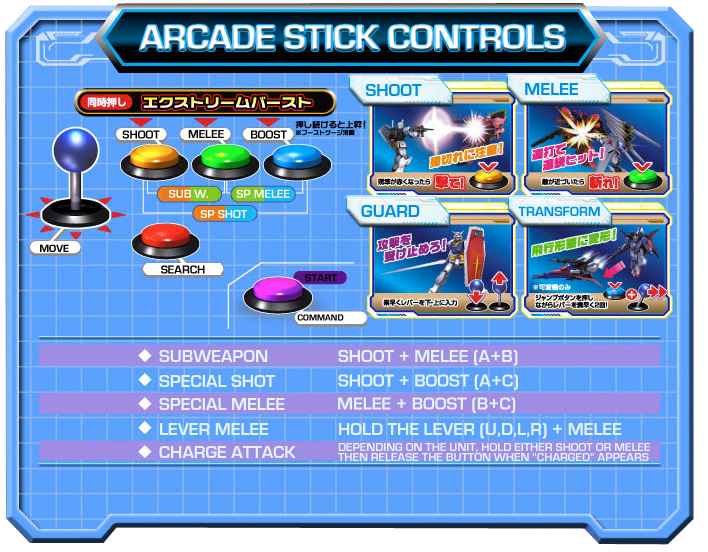 In the arcade version Comm is mapped to the start button. For home use on a console folks usually map it below or to the right of 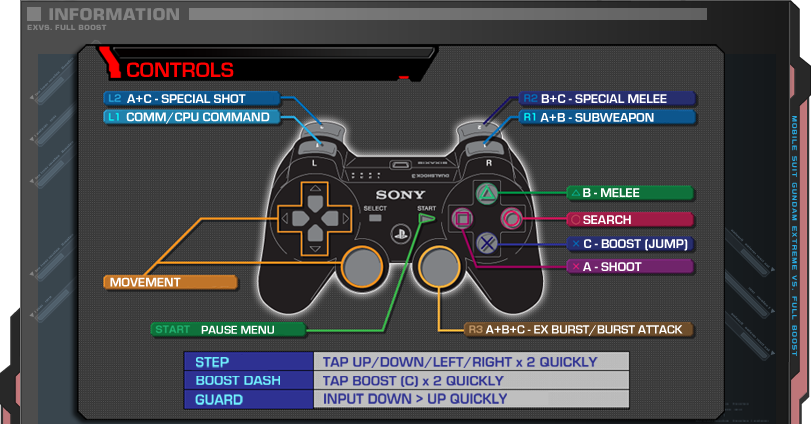 Pushing the joystick or d-pad in any direction makes your mobile suit walk in the desired direction. It's the slowest way to move around the battlefield, but consumes no boost.

to boost higher at the cost of more boost gauge.

Stepping allows your mobile suit to:

Essentially the same thing as a step except the command is entered during a melee attack. Rainbow Steps consume more boost gauge, but move your mobile suit a farther distance than a regular step.

initiates a Boost Dash. This quickly moves your mobile suit in a direction, while consuming Boost Gauge. Use directional inputs to set the trajectory before pressing

, otherwise your mobile suit will Boost Dash in the direction it's currently facing.

Continuing to hold a direction extends the Boost Dash duration in the desired direction relative to your target. Holding

on the second tap extends the Boost Dash's duration in a straight line. At any point during a Boost Dash, it's possible to change your mobile suit's trajectory using directional inputs.

The mobile suit will drop out of MA mode as soon as directional inputs return to neutral. Not all suits have MA mode.

Primary melee attack. Will lunge towards the targeted opponent if they're a short distance away.

Generally powerful ranged moves like gerobis or an assist

Usually unique melee attacks or an assist. Sometimes it can be another ranged attack despite the name of this weapon slot. 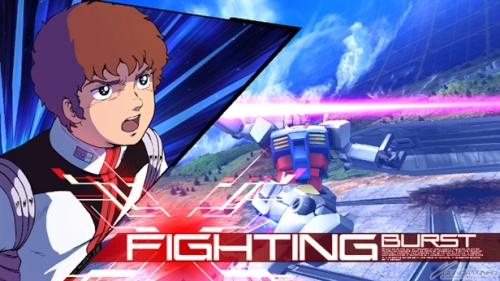 Once your EX Meter is at 50% or more, you can activate an Extreme Burst by pressing

. Activating your Extreme Burst recovers most of your ammo (typical exceptions include timed transformations or buffs, certain long-reload beams, and one-time use ammo) and a portion of your EX Gauge.

Destruction of you mobile suit during EX Burst does not increase EX Gauge.

There are 3 types of EX Burst:

during EX Burst does a Burst Attack or "super." Burst Attacks cannot be canceled, and they do not consume EX Meter or Boost Gauge while performing them. Most mobile suits have super armor during the startup and tracking portion of the Burst Attack.

to extend your guard time. Not all attacks can be guarded.

Various other names include "Tech Burst", "Defensive Burst", or "Flip". The community is all over the place on this one.

When your EX Gauge has reached 100% (or 50% or more when using Extend Burst) you have the ability to activate a Reversal Burst. While in hitstun press

to spend 30% of your EX Gauge to interrupt your attacker's momentum, giving you a moment of invulnerability to escape or counter attack.