The Dustloop Wiki is a publicly visible/editable wiki with the primary mission to consolidate info about the competitive side of air-dashing fighting games. There are various wikis that also focus on competitive fighting games, such as Super Combo and Mizuumi, but we mainly focus on games made by Arc System Works.

What is a Dustloop? 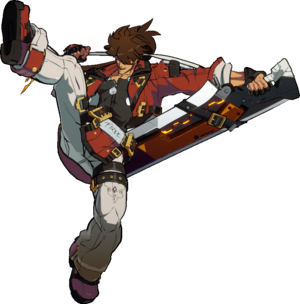 Dustloop is the name of Sol Badguy's famous combo that uses his jumping Dust Attack repeatedly (loops) in the corner. The Dustloop first appeared in Guilty Gear XX and has continued (in one form or another) to this day.

The Dustloop Wiki was started in 2011 by User:Shtkn as an offshoot of the forums and has steadily expanded in the number of games covered as well as adding topics on general fighting game strategy.

We owe a great thanks to the Granblue Fantasy wiki and the Gamepedia wiki for helping us set up our CSS for tooltips and main pages.