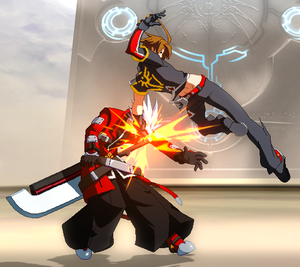 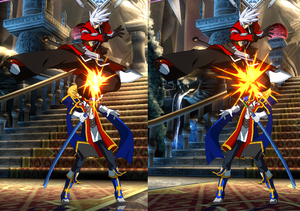 Some crossups are more difficult to block because the attacker can do a setup that will lead to either a crossup or a same side attack. These are much more difficult to defend against since even when the opponent recognizes the setup they will still need to guess which direction to block, or rely very minute timing differences.