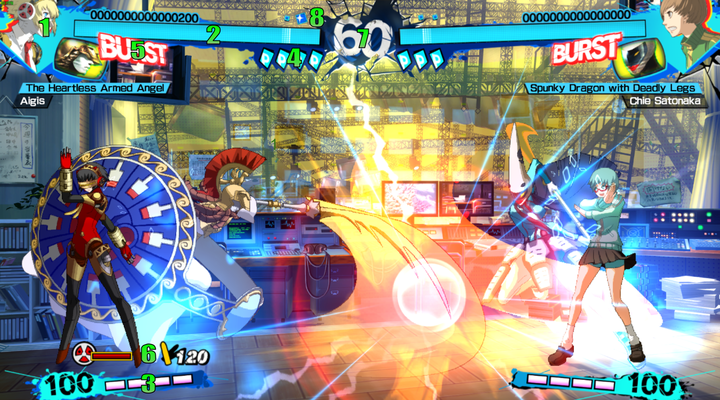 Your character's portrait is displayed here. Your portrait will repeatedly flash white when you can perform an Instant Kill.

Your character's SP Gauge. Each section is broken into 25 SP stocks to help players recognize when they have enough SP for Skill Boost attacks and Supers.

Your character's Persona Gauge. Once it's empty you will not be able to summon your persona for a limited amount of time.

Any character specific gauges go here, such as Aigis's Orgia and Bullet gauges.

Each round has a set time limit. If the timer reaches zero, then the character with the most life (by percentage) is the winner of the round. Blue health is not counted.

Each round you win will be tallied up here. Usual matches are decided by best of 3 rounds, but can be adjusted in the settings.